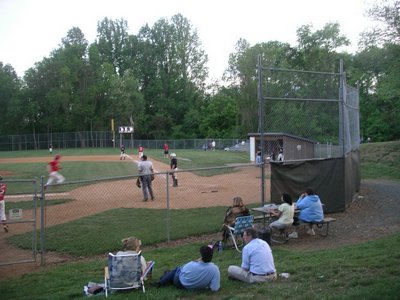 Yes, the blur scoring is S2.

One of the most exciting things to happen in a baseball game is when the opposing coach sees that it is your son coming up to bat and motions for the outfield to go way back. As a parent it makes you want to giggle a little and say "That's my boy!. At the same time your sending up a prayer that he doesn't strike out:-) The second is when he is in charge of turning a double play that makes the team plus parents extremely happy. The last is when your son comes up to bat and the coach for the other team calls time and tells the child pitching that when your son is on base to try to pick your son off. Yes, he tried. Probably because S2 is always stealing second and third.

So, now you say, how many more baseball posts will we have to endure? Only a month of the season left and as it is his last season to play there will be a few more posts. At least a few more.