Turtles and other things 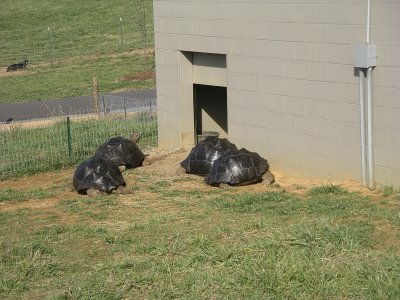 My first recollection of my cousin Vernon was when I was quite small. His family, mine and my mom's parents were all at the Buffalo Zoo. I wanted to go with my grandparents and ride on the turtles while everyone else decided to go in a different direction. Vernon (who was almost 3 years older than me) was asked to make the decision of what he wanted to do. I remember thinking so hard that I wanted him to come with us. . . and he did.

It was the beginning of one of the sweetest relationships in my life. We did not see each other all that often. Sometimes at our grandparents house during the summer and at least once or twice at his house.

Vernon had the patience of a saint. He was always interested in what I was doing. There is a memory of him watching my magic tricks when no one else had the time or energy. He was fun, considerate and had a smile that would light up any room he was in.

Our last meeting in our childhood was when I was 12 and he was 15. We both went different directions. Almost 24 years later we ran into each other at a funeral of our great aunt and fell into old patterns immediately. We realized that his youngest son and my oldest were born on the same day. (Another one of his son's was born on the same day years earlier). We talked and emailed.

Then he was dead.

A heart attack 5 years ago.

I miss him terribly sometimes. Whenever someone who was so much a part of your past dies there is a hole in your soul that cannot be filled. A testament to them perhaps.

His dad and stepmother are two of my favorite people. His dad has stage 3b lung cancer and is currently fighting pneumonia. His stepmother has breast, bone and liver cancer that is currently held in check.

No one knows how much time they have left. Sometimes it's just enough to put one foot in front of the other.
Posted by jodi at 2:21 PM

You are so right. How much needless worrying I do. All we have is today.