Mrs. L was the owner of the 1st 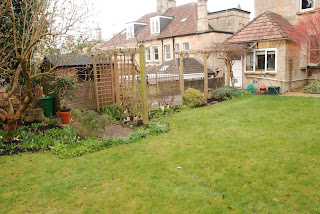 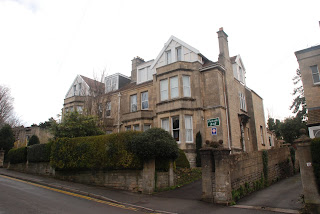 B & B that we stayed at (in Bath). She set the standards high for the rest of our trip with a beautiful room, more than comfy bed, good breakfast and was the perfect hostess.

She had moved to England years before from Germany. Her accent - a mixture of the German and English. She looked like other British women her age (early 70's?) with the typical style of skirt and the same shoes. But I don't know how many of them can grab heavy luggage and haul it up stairs. When we objected the response was "years of experience".

We had rented a car and Mrs. L had saved her parking space for us (as she does not drive). On the morning that the rental company was supposed to pick up husband they did not show. Mrs. L dialed the number for husband and he was assured that the driver was on his way. But after awhile he still did not show. So Mrs. L herself called. And spoke to the rental company in only the way that a woman of a certain age can. Husband was picked up shortly and given an upgrade in car. Which was nice but it meant that we almost did not fit in her narrow driveway. We were glad that she did not speak to them more strongly!
Posted by jodi at 7:08 AM