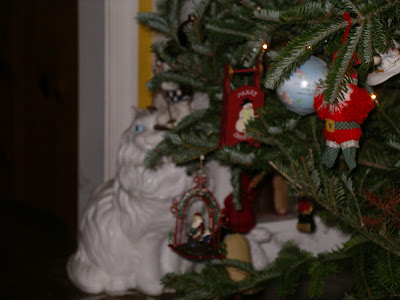 My grandparents were totally different in their style of decorating. Dad's parents were much more of the "out with the old, in with the new" type people. Very little old or antique in their house. Mom's parents were opposite. Most everything in their house was old with the exception of a chair that my grandmother bought when I was younger. It was tan with large strawberries on it.

They differed in their Christmas decorating also. Dad's parents had the white aluminum christmas tree with the color wheel. Mom's parents went out to the woods to cut down their tree and it was decorated with feathery angels and candy canes.

There was one area howevever, where they were the same. Each night as my brother and I were sent off to bed, the adults would gather in the kitchens of the homes. There would be stories told, card games played, coffee pot put on. It was very comforting to know that the people that you loved the most were downstairs and were happy. That they loved you and that you were safe. 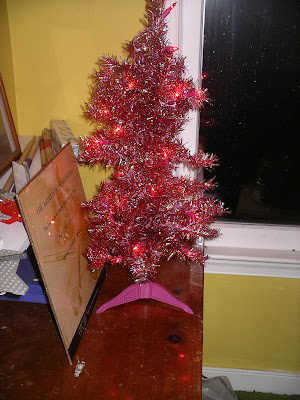 I love the dueling Christmas decor. And that visual with people downstairs drinking coffee and playing card games - what a beautiful memory.

Husband got carded for years after he was old enough to buy beer. And he is a year older than me!! I rarely got carded.

Thanks for the complement on the decor. Husband built the bookshelves and S2 wanted lights on the banister. I usually only decorate one side. I think that the lights will become a yearly decoration.